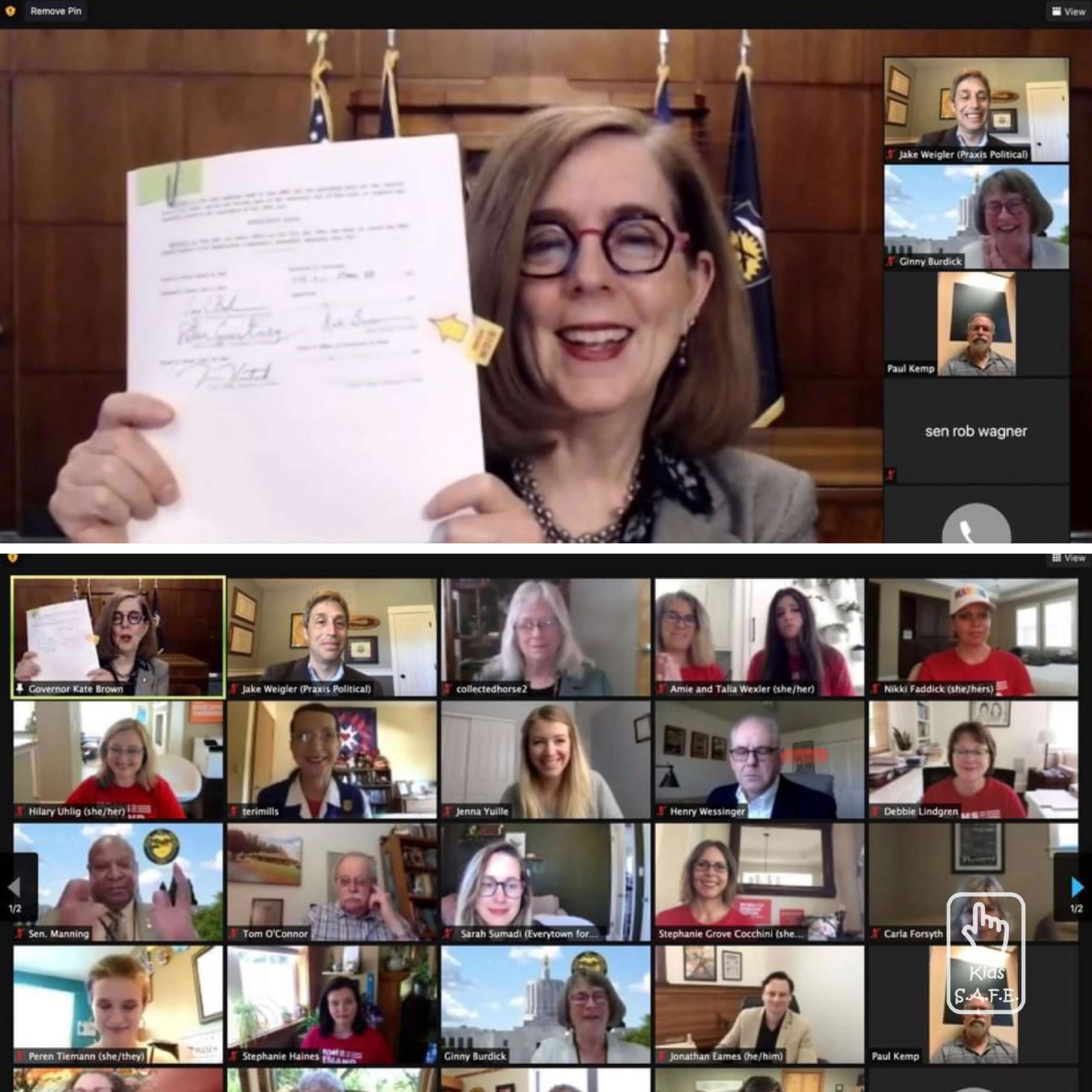 This year in the Oregon legislature, there has been a slough of bad bills designed to hamstring responsible gun owners. There were nearly 12 that were introduced by the legislature. Not a single one would have been a benefit to our state. All were written by those that have very little experience with gun ownership or are flat out in fear of them. This has put us all in a very vulnerable position. There was one in particular that was a monstrosity of a bill. Senate Bill 554 is an omnibus bill. It’s the type of bill where our law makers put everything and the kitchen sink in it. Originally the senate bill began its life as an attack on Oregon’s preemption law. Preemption law protects concealed carriers while in public, it helps prevent a huge patchwork of laws that can potentially entrap responsible gun owners. Another part of the original bill raises the fees for concealed handgun licensing. This unfortunately effects those in lower socioeconomic statuses and impacts POC at a higher rate than their white counterparts, statistically.

Our elected officials were dishonest about how they presented the amendment. They basically added the secure storage language from a different bill. They added it to SB 554, changed the title to something more moderate and pushed this as a secure storage bill. This was a total lie!! What they hid from Oregonians is the fact is it criminalizes concealed carry at the capital building and other public spaces. The punishment is up to 5 years in prison and up to a $125k fine!! The fact is that the penalties were hidden from the public is disgraceful. They were banking on hiding all of that from their constituents, many that will become felons under this bill. I spent at least a 100 hours calling and emailing our representatives trying to reason with them regarding this. They did not listen, they ignored the facts, misinterpreted the data, and dismissed my professional experience. It was so frustrating, it was like watching a slow moving train wreck.

As a safety organization that teaches firearm safety and accident prevention. We do believe that education and secure storage go hand in hand. You can’t have one without the other, but this is legislation that we would never support. It is flawed because it was written by those that pretend to be gun owners, but lack the working knowledge that it takes to properly store their firearms. The premise is good, it’s about saving lives. From the outside it is hard to argue with the concept. The problem is that it grants the Oregon Health Authority the ability to set the policies on what is acceptable forms of secure storage in someone’s home. If we all look back to 2020 we could all argue this is not the right agency to be creating policy due to the way that they handled the Covid lockdowns. The group behind the writing of the secure storage component put out information that they did polling of Oregon gun owners and they claimed that the majority of those polled were in support of this legislation. They claimed to have polled gun owners. What they didn’t report is their sample size, which was only 1000 parents and teachers, with the help of the Oregon PTA. They found 75% of Oregon parents believe gun violence in the U.S. has gotten worse over the past year. 72% of Oregon parents are somewhat concerned or very concerned about gun violence in Oregon. 60% of Oregon parents believe that fear of gun violence is affecting students’ ability to learn at school.
In Oregon, 76% of parents and 79% of teachers believe requiring guns to be safely stored so children and teenagers can’t gain unintended access to them would be the most effective policy to reduce gun violence in schools. This study was done in 2018 and is listed on the State of Safety website, a Nonprofit in Oregon. 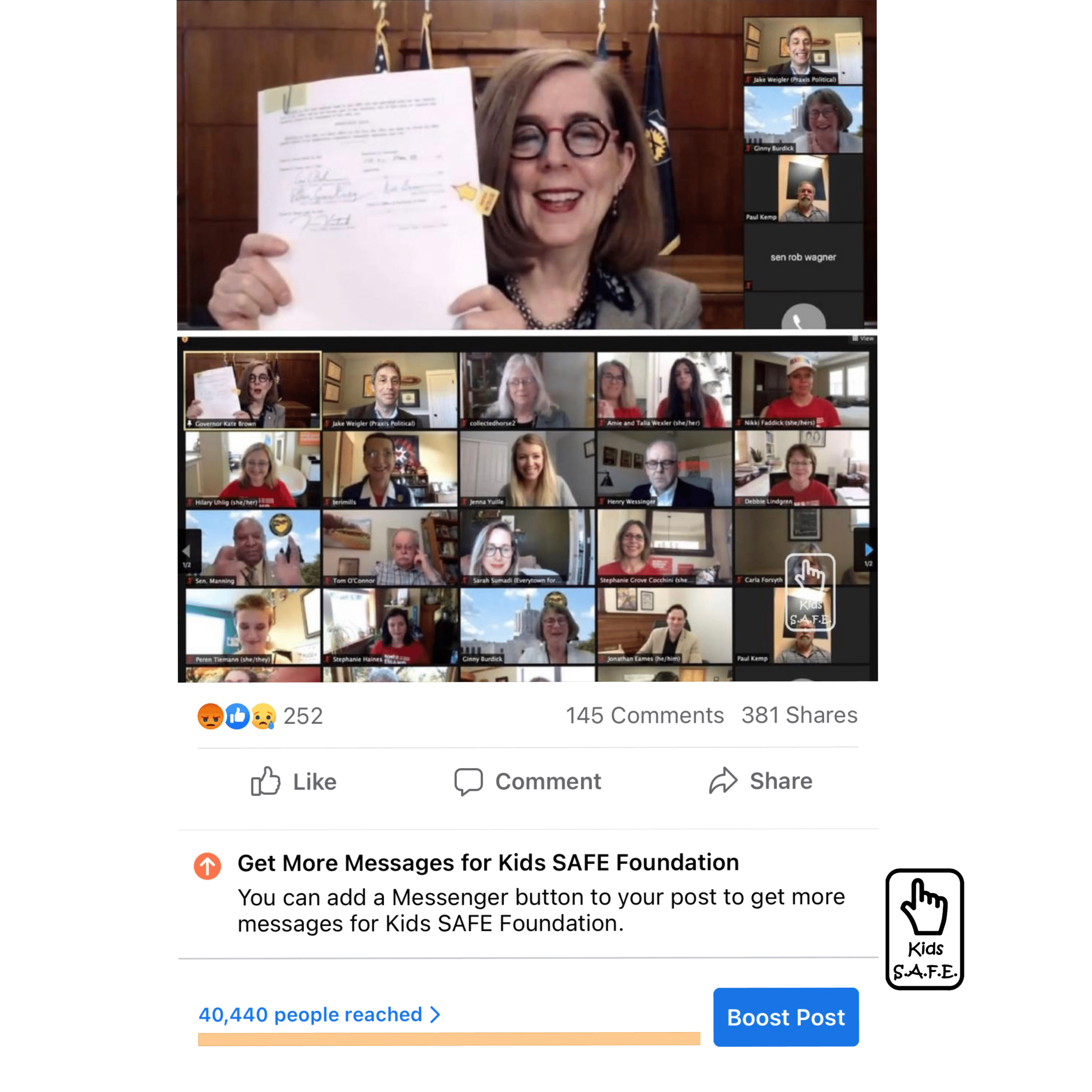 That was a lot too unpack, while I don’t want to speak negatively of another organization. I feel that it is important to highlight the facts. I believe that their poll was skewed. No where did it cite that they even interviewed gun owners. The fact that they utilized the PTA should tell you a lot about the potential biases they have. The teachers union is the most powerful union in Oregon. The PTA is connected to them. 1000 people polled isn’t a lot of people, especially when you consider the backgrounds political leanings of the individuals surveyed. I’m surprised those numbers weren’t higher. Well they are in luck. I helped them with their polling yesterday. I put out a post regarding Senate Bill 554. I put it out to gun owners in Oregon. There was resounding opposition to the language of this bill. There was a huge amount of pushback and disobedience. Which I completely understand and support. On my post it went out to over 40k people and was shared over 369 times on Facebook. The majority were angry with the overreach.

The reoccurring theme about this mandate is how that it is unenforceable. There has already been supreme court rulings, ie the DC vs Heller decision, which has already proven that the government cannot require us how to secure our firearms inside of our homes. The penalty for not adhering to the OHA’s rules is a $500 per gun not properly stored per their requirements. This is merely a tax and how can it be enforced? Our law enforcement is already stretched thin. They are dealing with a homeless crisis, drug abuse, and a rise in violent crime. So checking on whether someone’s guns are properly is a waste of resources.

The post that I put out regarding SB 554 made people angry. I will say this, that when we go into California for events. The gun laws are so strict that the parents don’t educate their children. This is kind of the unintended consequence of gun control. When we put parents in a position where they can get in trouble because the type of firearm that they own was once legal, but now it’s illegal because of a new law. They do NOT talk to their kids about their firearms. This is very dangerous. This is mostly out of fear that their kids could potentially slip up and say something at school, which could alert law enforcement. Strict restriction is actually counterproductive to the safety of our children. We need to be able to have conversations about our firearms with our children. We need to educate our children. Guns are normal. They aren’t going anywhere. It’s far past time the prohibitionists learn how to coexist with them. This is the only way there is going to be any safety in this state or around the country. Until next time. Be SAFE!