AR Does NOT Stand For “Assault Rifle” 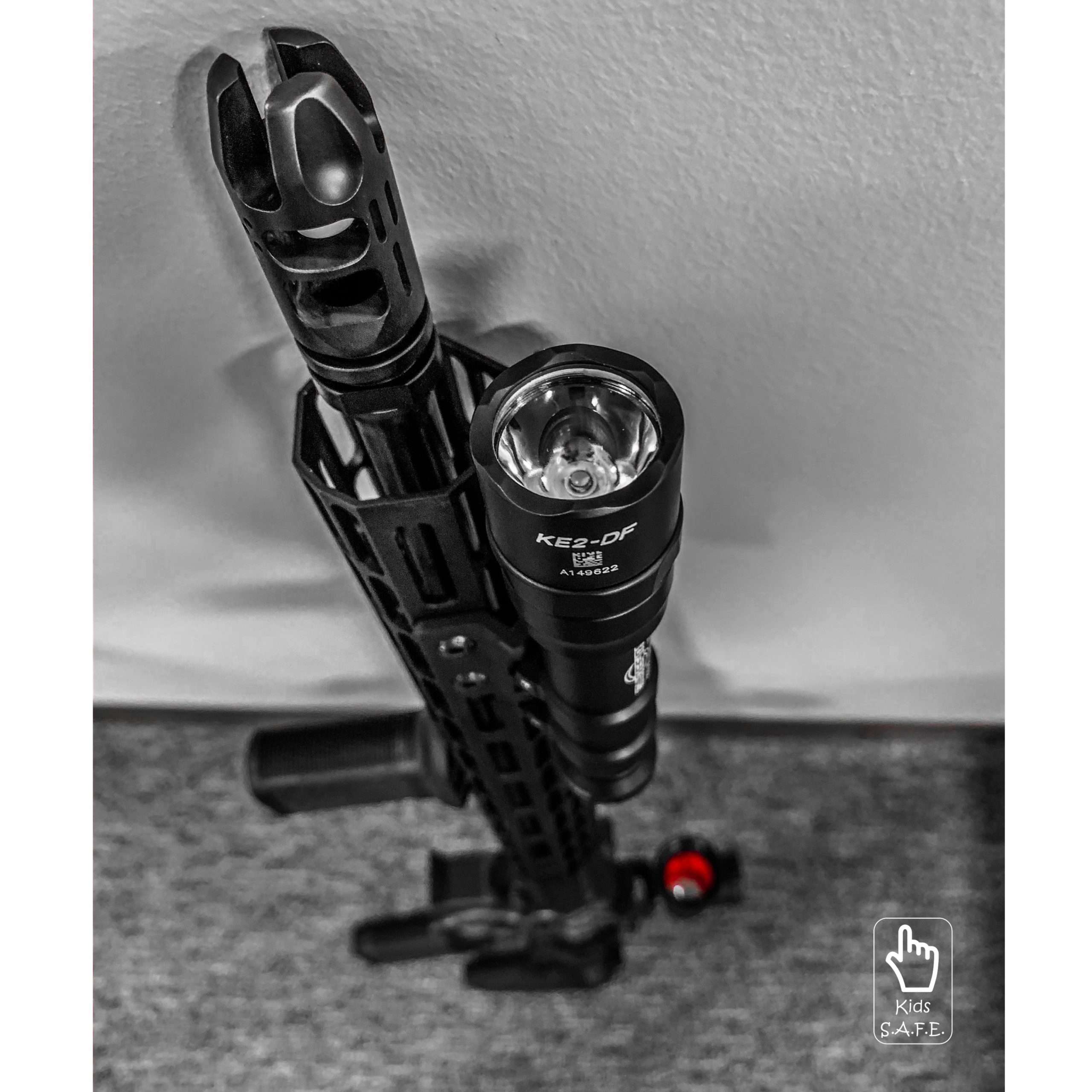 As a Nonprofit Organization, everything that we do is based in truth and with facts. It’s very common for us to hear either rumors about this type of platform or Misinformation. The benefits of education is that we can retrain or reeducate, having the ability write a blog post about it, is another cool way tell the public the truth. In this post we will be talking about the basic functions of the Modern Sporting Rifle. We will cover the history, nomenclature, and the relevancy of the rifle. This platform is commonly demonized by the media and politicians seeking to control the general public. This post will be designed to give you a different perspective of the AR-15, from an educational stand point.

The AR-15 is the civilian version of the M16 that was originally designed by Eugene Stoner for the US government back in 1959. It was based on the AR-10 platform. The “AR” in the AR-15 stands for Armalite Rifle, NOT “Assault Rifle.” Assault is an action NOT a type of firearm!! Armalite was the first company to mass produce the AR-15 under the original design. The modern AR-15 is a semi automatic closed bolt air cooled rifle. It fires a .223 caliber bullet one press of the trigger at a time. Contrary to different media reports this of rifle isn’t fully automatic and has only been used in less than %3 of all violent crimes. If used properly and lawfully, it is an effective tool for many different purposes. The AR-15 can be used for sporting purposes, for hunting, or a defensive purposes. The ability to load the rifle with a 5,10, 20, 30, 40, 50, 60, and 100 round magazine is more relevant today than it ever has been. We will break down the rifle into parts next. 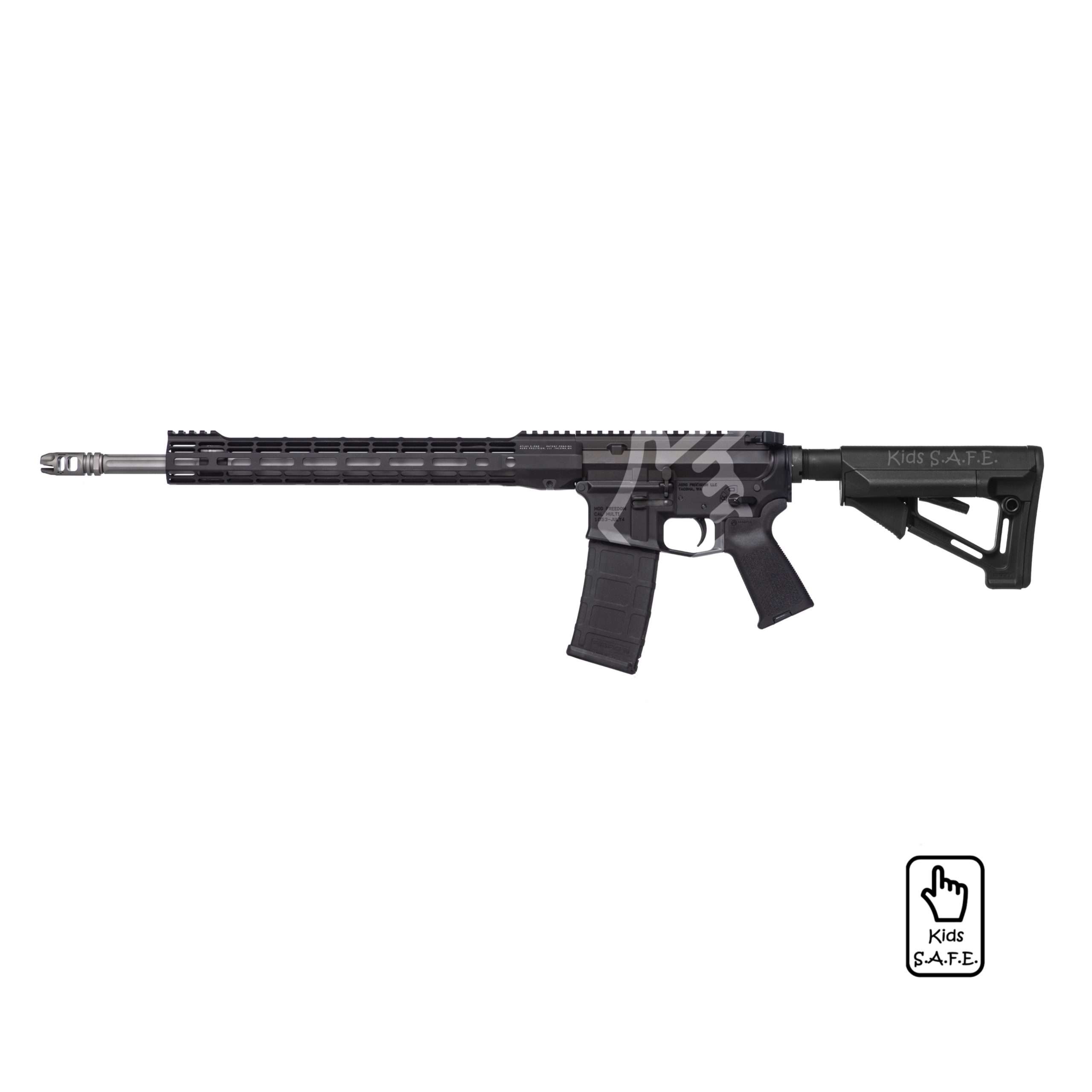 When we are in a class teaching to children and families, we normally have a Aero Precision AR-15 to demo. In our demo of the rifle we always start with the muzzle and work our way to the stock. The muzzle brake or “flash hider,” disperses the gasses and helps mange recoil. This feature helps keep the rifle muzzle flat and more controllable when firing effective shots on to the target. This feature does NOT make the rifle anymore dangerous than any other feature on the rifle. Next we cover the flip up front sight and rear sight. They both fold up and down when not in use. This is a back up feature to the optics. The optics are used for aiming purposes and help me put effective shots on to the target. The rail or hand guard helps control the rifle, while protecting my hands from a hot barrel, that heats up as I fire the rifle. The bolt release helps chamber a round and can be used to hold the bolt open for safety purposes. The charging handle is located at the top of the receiver. It is used in cooperation with the bolt release to hold the bolt open or to pull the B.C.G. back to load the rifle. The rifle also can be unloaded with help from the charging handle. I will also use the the charging handle to clear a malfunction. The part of the rifle that is only used if there is a malfunction in the forward assist. The forward assist is used to force the B.C.G. into battery to chamber a round.
We then transition to the trigger, this is an important feature. It allows me to fire the rifle. It will FIRE one bullet per one press of the trigger. When you hear the media or those that fear this rifle call this platform “Automatic” they are referring to the process, the trigger is pressed, the gun fires, the bullet leaves the barrel. The gasses from the firing process push the B.C.G. (Bolt Carrier Group) to the rear, the spent casing is ejected and another round is picked up from the magazine. The fresh round is chambered, the firing process is now ready to repeat. While the rifle automatically chambers a new round, this does NOT make the rifle “fully automatic.”

Another feature is the safety selector, it allows me to render the rifle safe and also allows me to FIRE it when I’m ready. The pistol grip is often demonized by the media or by those that fear this type of platform. The pistol grip allows me to control the rifle as it fires. It helps me manage the recoil and to make sure I can put effective shots on my target. This feature does NOT make this rifle any more dangerous than any other part of the gun. The magazine well is where I insert a loaded magazine. I pull back on the charging handle, the B.C.G. comes to the rear and slams forward with the release of the charging handle. The rifle is now LOADED!! The magazine release allows me to drop an empty mag and insert a fresh one. I would also use this feature to render the gun “clear” and unloaded. The proper process is to 1. Drop the magazine. 2. Pull back on the charging handle, this will eject the round in the chamber. 3. Push the charging handle forward. 4. Push in on the bolt release and lock the bolt back. You can now inspect the chamber and make sure the rifle is “clear.”

The final part that we cover is one that is often demonized by the media or those that fear this type of rifle. The adjustable stock is used to fit the stock to me. I can adjust it to me or someone that is 4’8” to 6’5.” This helps make the rifle more comfortable to shoot and allows me to effective shots on to the target. This feature does NOT make the rifle any more dangerous than any other part.

In closing I hope you found all of this Information relevant and topic to events currently happening around the country. The goal here is to educate and show the importance of education to combat fear. The AR-15 is inherently safe if in the hands of lawful and trained hands. We cannot regulate morality or intent, but have tools like this available to the general public to prevent potential tragedies. Knowledge is power and education is the truth. Until next time. ZERO firearm accidents is the only acceptable goal!!™