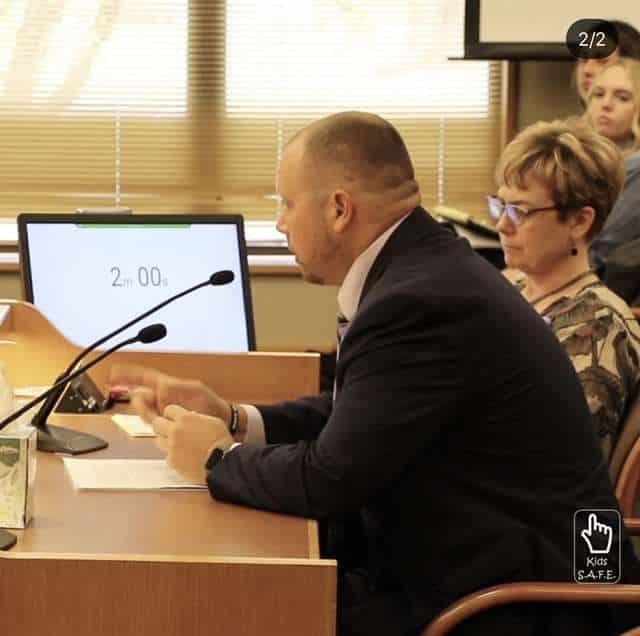 A part of what we do is tell stories. These stories can inform, educate, and entertain. The stories are meant to help spread our message and reinforce the importance of safety. There’s a story that really hit close to home and is an important teachable moment. In late 2018 I was approached by a gentleman who ran for the Oregon senate in my area, his name is Robert Schwartz. Unfortunately he did not win but, the incumbent was impressed with the race that he ran. He told Robert that if there was any legislation that he wanted introduced, that he would do it. Robert reached out to me, he knew what I did and asked if I would put together a bill. I agreed to put something together, not knowing what I would say.

I researched and kicked the idea around for a few weeks. There was always something more pressing than writing this important legislation. Part of it was fear, I had never attempted anything like this before. The political machine was intimidating, self interest, as we know, rules Oregon politics. What would people say? Would there be a fight? Could I pull it off? Finally on a Sunday morning I couldn’t stall any longer. There was “something” pulling on me, I had to write this bill. That morning I skipped church and went to a local coffee shop. I was prepared to sit there all day until I got the bill done. I knew I had an event later that evening at Northwest Arsenal. We were filming a video for a Christmas promo, I was really looking forward to it. As I sat there and wrote that important legislation, the words seemed to flow. It had seemed that I was onto something. I finished it in just a few hours, there was a sense of relief and accomplishment.

Later that night I went to NWA, as I was getting ready my messenger went off. I’ll never forget that message. I was wearing a bunny costume because we were doing a “Christmas Story” themed video with some kids. It was a cheesy attempt to gain exposure for what we were doing. I opened my messenger. The message was from a friend in Harrisburg. There was an 11 year old just shot and killed. I almost dropped my phone. Tears streamed down my face. Why did this happen? Why couldn’t I save him? He lived 20 minutes from my home. The kids began to arrive, I had to wipe my face and put a smile. It was showtime. We had a good night. I had to hide my pain. I mourn every time that we lose a kid. The pain reinforces the importance of our mission, I use it as fuel to push forward.

Fast forward to January of last year. I submitted my bill to Robert. He got it to his contact with the Oregon legislature. It was a hit!! We had something special here. My political career began. My bill was submitted to LC (Legislative Counsel.) LC is basically the “in house” attorney for the legislature. Every bill will go there for review. The process typically could take a week to get the revisions back from them. Mine took less than a day. They only changed 1 sentence from my original verbiage. LC3454 was born. That was a huge victory for us. From there we have to get a “Bill Back.” This process is where we go and lobby senators and representatives to get a sponsor or co-sponsors. It was myself, Robert, and my good friend James Miller, we split up and met with different reps.

There were many “No’s,” some were interested but, were afraid to be the first to sign on. Kids and guns is a dangerous combination for weak minded politicians. Some saw value others were too afraid, there is a lot of the special interest money involved up in those marble halls. Everyone is a lobbyist up there, it was my first experience firsthand and I saw how money influences everything at the Capital. It’s sad really. Our first sponsor was Rep Sprenger, she is a Republican from the Jefferson area. In our first meeting she taught me how this process works. She was very candid, helpful, and by far my biggest ally. She is a strong leader and crossed party lines to make it happen. I am eternally grateful for her support and guidance. Her staffer named Susan, these two spectacular women were the reason that we kept moving forward. Constant negotiation and trading favors moved us forward. We ended up with 2 chief co-sponsors and 5 other backers. It was bipartisan and featured influential people from both sides in the house and the senate. We moved forward!! We were winning. There was a buzz about what we were trying to do, all in the name of kids safety. We ended up getting a public hearing, this was huge for us. In 2019 there were 37 anti-gun Bills and there was mine. There were only 2 bills that got a public hearing. I was honored to be able to present a case to the Education Committee about my passion and the importance of safety education for our kids. Rep Sprenger teed off SB 801. She and Senator Tim Knopp presented a strong argument in our favor. It was my turn, I was so nervous but my cause is righteous and my intentions pure. I was probably the only one up there without an agenda. I was naive because of my lack of experience. We ended up dying in committee but we learned a lot and opened up a National dialogue about safety education for our kids. SB 801 would have authorized our program to be taught in all public schools in Oregon. It would have saved many lives from day one. 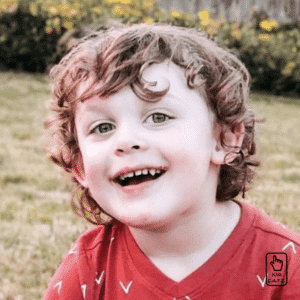 Fast forward to this month. I woke up on a Saturday morning to being tagged in a photo on Facebook. I really hate tags, typically when I’m tagged it’s in a tragic story. Especially if it’s by someone I don’t have any regular interaction with. On that Saturday morning there was a young boy shot and seriously injured. As I read the link I cried, what a sad, tragic, and preventable event. He later died from his injury. My heart went out to the family I could only imagine their pain. I drove to the Tualatin Cabela’s location for a class. My entire drive I was restless, I was mad. How did this happen? I was “off” all day. It’s a heavy burden to carry but one that keeps me going until there’s ZERO. The next morning I woke to a message on Facebook from my friend Susan. She was the very person that was instrumental in the success we achieved on SB 801. Her message was about that young boy. She knew the family. It was that close to our program. It was hard to process. I was sad and I was mad. The amount of carnage that is caused by this type of situation is immeasurable, from the family, to the local small community. It’s so sad. It is also an important reminder to ALL parents that have kids and firearms in our homes. That we have to secure them when they are not in use, PERIOD! No excuses, no “I have constitutional right!,” to do what I want. This doesn’t matter, with advances in modern technology I can get into my defensive firearm in less than a second, yet a child cannot. Your defensive firearm is useless if your child is hurt with it. I have a hard time calling it an “accident” when it is really “negligence.” It’s negligence because, why did that child have access to your firearm and why was your child not educated on the potential dangers of your firearm. We do not need anymore laws requiring storage, we just need more common sense for those with kids and guns in the house.

Our most valuable resource is our children. It is our responsibility to protect them, educate them, and raise them to be future leaders. This blog post is dedicated to young James. Rest easy we will continue to push forward to protect children and families. ZERO firearm accidents is the only acceptable goal!!